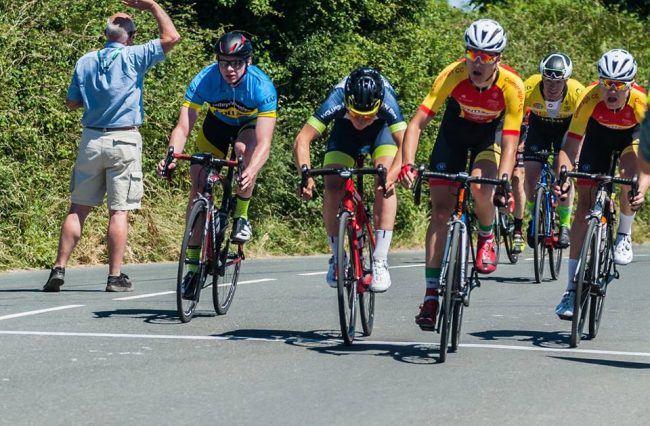 Having now finished their state exams, the Comeragh CC young guns were back out in force today on two fronts; The Eddie Tobin Memorial in Bunclody Co. Wexford and the De-Ronde Classic in Minane Bridge Co. Cork.

In the A1/A2 race in Bunclody, Tomás Walsh was at the thick end of the action for much of the day being up the road almost 90km, eventually coming home in 9th place overall and 1st unplaced junior.

In the A4 race at the same event 1st year junior Niall Hogan scored an brilliant second place. Niall has progressed really well since the start of the season, his first season of racing. Cutting his racing teeth in the A4 category, it wont be much longer before he joins the A3 ranks. Well Done Niall.

The hilly course for the De Ronde Classic in Minane Bridge Co. Cork is one certainly suited to the young guys. Five 17km laps faced the competitors with about 250m of climbing per lap. Having had their names at the sharp end of the results sheet at the same event in 2017, the lads were determined to repeat the performance today. Ciaran O’Sullivan was in the decisive move of the race that slipped away on the climb to the KOH on the second lap, the remaining 3 Comeragh Juniors in the race, Jason, Rhys & Aaron remained in the bunch and rode a very clever race. At the finish Ciaran would finish in second place from the breakaway.

A race of attrition, Jason would then win the sprint of what remained of the bunch, 4th on the day with Ryhs just behind him, 6th on the day.

Photos from Minane Bridge thanks to John Coleman.