Rás Cill Mocheallog, Kilmallock Cycling Club’s open race held on the last Sunday in August was the final racing day in the youths calendar for 2016. Glorious sunshine greeted all as they arrived in the town for sign-on at 9am and the fine weather remained for the whole day. 11am saw the under 16’s take to the start line for 4 laps of an 8km lap, followed shortly thereafter by the under 14’s who would do 2 laps and then the under 12 riders who would complete a single lap. 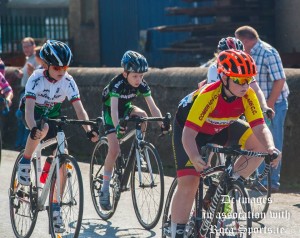 Jamie Merriman was the sole representative in the under 12 race and  held his own to finish just off the back of the main bunch at the finish.         Jamie never gives up trying and has put in a solid season of training and  racing this year. Chapeau Jamie. First year in with the under 14’s now  next year. No bother to you!! 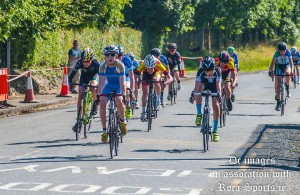 In the under 14 race, Comeragh CC was represented by the Dynamic Duo of Luke Griffin and Steven Crowley. At the end of the race the bunch sprint was to decide matters for the day. Luke came home in 6th spot and Steven barely a wheels-with behind him in 7th. Again this paring have done sterling effirts all season, putting older and more experienced riders through their paces on the mid-week spins, particularly on the hills! The step-up in distance and intensity to under 16 for Luke & Steven next year will be taken in their respective strides. Wouldn’t be surprised if their gear restrictions have been changed already in fact. Well done guys on all ye’ve achieved this year.

And finally to the under 16 race. Comeragh CC’s representatives on the day were Tomas Walsh, Conor Coleman, Aaron Dillon, Rhys & Jason Kenny and in what was his first race since early May, Brandon Walsh.

On what was a relatively flat course a bunch finish would have been expected in the under 16 race, as was the case in the other 2 races but as the riders passed the line for the bell a bunch of 5, including Comeragh’s Conor and Tomas were to the fore with a sizeable gap to the next riders. As things would have it, the Kenny twins, Jason and Rhys were involved in a crash with a few others also falling. Aaron Dillon was caught up behind the crash and lost ground. 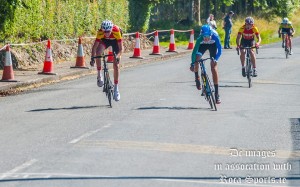 Tomas and Conor would continue on to contest the sprint with Tomas just barely pipped at the line by David Fitzgerald of O’Leary Stone Kanturk Cycling Club and Conor claiming a clear third spot form Cork County rider  Sean Lynch.

Although extremely happy with their respective results. The lads thoughts were for their fallen team-mates. Rhys was lucky to escape with some cuts & bruises and a bit of road rash. Jason however was not so lucky, suffering a break to both of his wrists.

In what has been an absolutely super season for the Comeragh CC youth riders, securing a victories, a handful of podiums and a shed-load of top-10’s, it’s been a pleasure to have been involved with the lads who are the future of our great little club. Seven of these under 16 riders will progress to the junior ranks next year and will surely put it up to the senior racers with who they’ll train with during the off season, and race with in 2017.

The committee and all club members would like to congratulate them on a fantastic year and wish Jason Kenny a speedy recovery form his injuries.