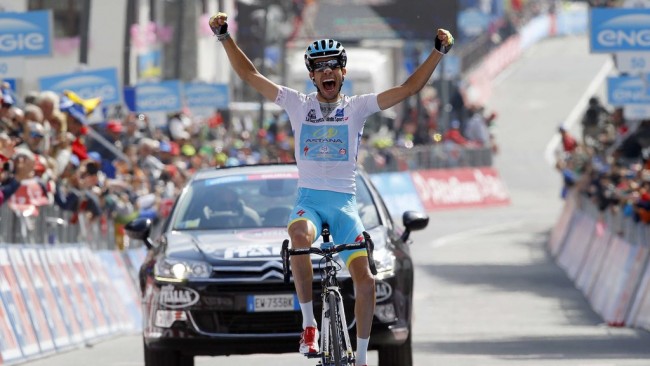 Italian Fabio Aru wrapped up a debut grand tour triumph when the beaming Astana rider coasted over the line on the final day’s ceremonial ride into Madrid to win the 70th edition of the Vuelta a Espana on Sunday.

The 25-year-old from Sardinia went one better than his second-placed finish behind his idol Alberto Contador at this year’s Giro d’Italia to confirm his status as one of the hottest young riders in the sport.

He is the youngest winner of the Vuelta since Melchor Mauri won in 1991.