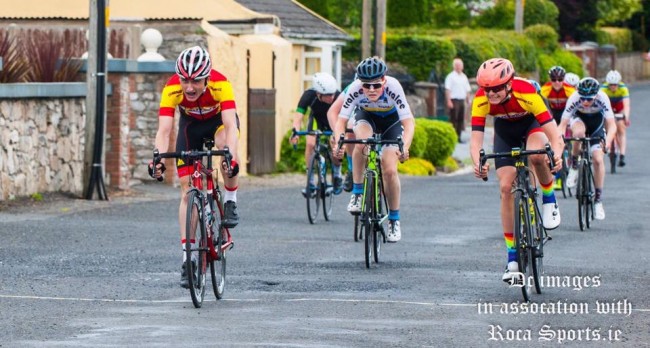 Just seven days after Tomas Walsh and Conor Coleman occupied the second and third steps on the podium in Killorglin Co.Kerry, the two under 16 Comeragh CC riders have gone better by taking a fantactic one-two in Castlelyons in Co. Cork on Sunday. Barely off the boat from racing in the UK on Saturday the pair went pretty much straight to Cork for Sunday’s race.

The fantastic show of form from the two lads comes just 3 weeks after Tomas grabbed a superb victory in a solo brakeaway in Wexford, and less than a week before they, along with the rest of the Comeragh CC underage racers take on what is arguably the toughest underage race of the year, the Errigal 3-day in Co. Donegal (more on that later in the week). The lads reckon their choice of socks for the weekend will be key. Blame Tomas! He started it.

Also representing Comeragh CC on the day in the under 16 race were Ciaran O’Sullivan and Evan Cullen.

Big thanks to John Coleman once again for the fab pictures.