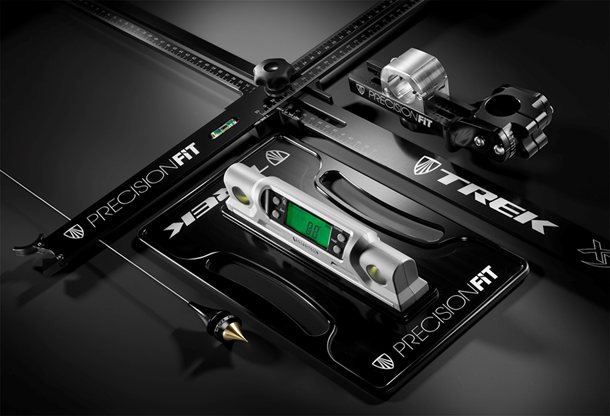 It isn’t often that you purchase a product or service and you want to shout about from the rooftops but the bikefit, tradename ‘precision fit’ by David Butler at  Altitude Cycles in Ballybricken, Waterford is definitely an exception. Before I proceed any further, I declare that while I am friends with David and have been in the same cycling club for many years, no financial or other incentive was provided for writing this piece. It’s just that I was so happy with my bikefit after a few months, it was imperative that I share the good news with my fellow cyclists!

Firstly, I have been cycling on and off at various speeds since 1987 and I am meticulous when it comes to my bike. Clubmates will attest to the fact that when I do make it out training, I’ll often get dropped but often have the cleanest bike on the spin. Some might say this is a consequence of under use but I can assure them that plenty of elbow grease and attention to detail is also involved!

In terms of my bike set up, the Cyrille Guimard / Greg Lemond rule of dividing the inside leg measurement by .883 to get the saddle height from the centre of the bottom bracket to the top of the saddle was always followed. So, when I had the bike fit at Altitude it was a small relief to know that the saddle height only needed adjusting by a few millimeters.

What I did not realise however was that the difference made by all of the minor adjustments together would be so significant in terms of the increased levels of comfort I have felt over the last few months. Saddle tilt, saddle height, handlebar position, shoe cleats, flexibility and perceived comfort were just some of the factors that were taken into account. Over the course of two hours David made a detailed analysis of all aspects of my bike position using state of the art equipment and explained every single adjustment and measurement to me so that it all made sense. All of this bolstered my sense of confidence in what he was doing. This is of paramount importance when we are talking about the most significant thing in your life after your family and friends- the bike. If you think that’s mad, Sean Kelly famously told his wife in an argument when she pointed out that she came third in his life after the bike and the car “Your wrong about that…….first it’s the bike, then it’s you, then it’s the car”. This pecking order may have changed (or not) since his retirement!

The benefits of bike fit for me have been significant; on long spins, the back of my left thigh often went numb and this had been the case for years, this is no longer a problem. My lower back no longer gets sore and a €200 saddle that I was going to replace pre-bikefit now fits my large derriere like a glove. Maybe that’s not such a good description to use but I’m sure you catch the drift! The other bonus is that your measurements are now on file and can be used to set up any other bikes that you may have, or are about to have, until such a time in your life as you start shrinking, which is about thirty years away for me. You also get a copy of these measurements which can be used if, for example, you rent a bike abroad or buy a new bike. The added power that David promised me has yet to materialise but I am sure training has an influence on this also!

In summary, I would highly recommend a bike fit with David Butler at Alttitude, you will not be left wanting and at €85 it is an investment well worth making even for the sportive or leisure rider who does a few thousand kilometres a year. At what price comfort? Surely the power and speed will follow?! Any day now David.