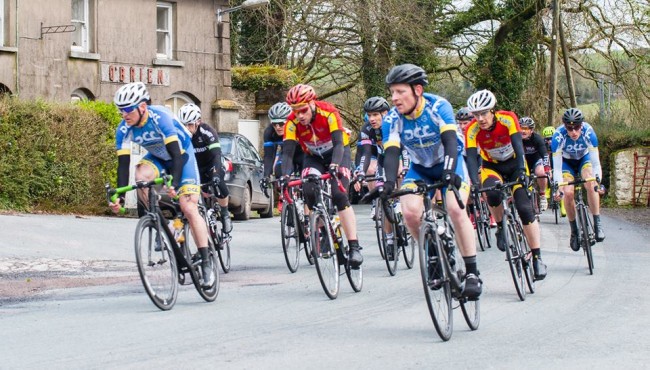 Comeragh had 3 riders in this category, Ciaran Power, Noel O’ Dwyer & Dave Halligan
The race started out with restless attacks, Ciaran & Noel tried the luck but counter attacks seamed to real them back

Counter attack after counter attack saw a group of 10 go clear with Robin Kelly, & Stephen Murray who was victorious on the day
Chasing group of 11 formed after more attacks, Dave Halligan was among this group that eventually grew to 20
All worked well but eventually the driving rain & chasing group reached them in with 10K to go
Ciaran was doing what he does best and driving that 53×11 as he attacked and formed a group of 8-10
Speed was high & intense all the way to the finish, the group of 8-10 where unfortunately caught 1K from finish
The final climb saw the bunch split to bits, tried legs from the efforts saw Comeragh finishing in the bunch, safe & sound